The Heart of the World

And you shall make Me a dwelling (mikdash), and I will dwell (v’shochanti) among them (Sh’mos 25:8).

The Mishkan, or Tabernacle, was much more than a place of worship for the Jews as they traveled through the desert.  It was the prototype of the Beis HaMikdash, the Temple in Jerusalem and, even more, a microcosm of the entire universe.  As such, the details of its construction offer a look behind to curtain of nature into the very design of Creation.

However, first we have to ask ourselves a question:  why does the Almighty command the construction of a mikdash, which lay four hundred eighty years in the future, rather than a mishkan, which is what the Jewish people were about to build.

The word mishkan literally means “that which creates a dwelling.”  In the desert, with no land, no permanence, and no boundaries, the tabernacle provided the focal point around which the Jewish nation could coalesce.  Of course, the spirit of HaShem is everywhere.  But the physical House of G-d placed in the midst of the people would bind them together in a way that their abstract identity as a holy people could not.  Indeed, a careful reading of the verse reveals HaShem’s true intention.  Build Me a tabernacle, commanded the Almighty, and I will dwell not in it but in and among them, the people.

Consequently, we understand that the Mishkan was never intended to be permanent.  Its purpose was to sustain the people until they could enter the land.  At that point, they would no longer require a mishkan, for the land itself would bind them together as a nation.  From then on they would require a mikdash — literally, that which creates sanctity.  Once in the land, a House of G-d would serve to remind the people of their divine mission and inspire them to strive for ever higher levels of spiritual achievement.

To that end, the people would gather three times a year for the pilgrim festivals — Pesach, Shavuos, and Sukkos.  And herein lies the secret of the Mikdash, as explained by the Chassidic classic Arvei Nachal. 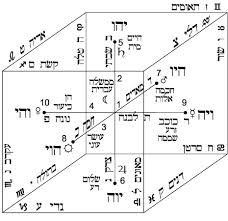 Just as our world exists within three physical dimensions, similarly was it created along three spiritual axes:  space, time, and life.  Of these three, the human body presents the most familiar model for understanding the spiritual pattern of the universe.

Within the body, the heart pumps blood throughout the system.  Through arteries and capillaries, the blood reaches every corner of the body, carrying with it oxygenated blood that literally breathes life into every cell.  Returning to the heart, the blood is pumped through the lungs to become oxygenated once again, so that the body’s internal cycle of life can continue.  This is the essential structure of life.

The same pattern manifests itself in the nature of time.  According to the kabbalists, time is not linear but cyclical.  In the course of each year, every soul visits every day and every moment in the 365 days that describe the solar year.  Just as the flow of blood deposits life-giving oxygen to the body’s cells, similarly does each soul deposit kedusha, sanctity, to the individual moments that together form the body of time.  And just as the body’s cycle begins and ends with the heart, similarly does the annual cycle begin and end with Yom Kippur — the holiest day, and the “heart” of the year.  The extent to which the Jew renews his relationship with the Almighty on Yom Kippur will affect not only his own fortunes for the coming year, but the fortunes of all mankind.  Symbiotically, our involvement in Torah and mitzvos draws the innate kedusha from the temporal plasma of the universe and allows us to return to the next Yom Kippur on a spiritual level higher than we were on the year before.

Finally we come to physical space.  Once established in the land, the Jewish people  spread out to settle their country, striving to strike the perfect balance between material prosperity and spiritual purpose.  Their involvement in Torah and mitzvos throughout every corner of the Land of Israel would draw out the intrinsic spiritual essence of the land, enabling them to achieve greater levels in divine service as they prepared for each successive festival, when they would come together at the Beis HaMikdash — the heart of the world.  Inspired and elevated by each festival, the Jews would return to their homes, elevated in their spirituality so that they could elevate the land on which they toiled, thus creating a virtuous cycle that brought them ever closer and closer to their Creator.

After the destruction of the Temple in Jerusalem, the great sage Rabban Yochanon ben Zakkai decreed that every shul, every place of Jewish prayer, should be treated as a mikdash ma’at, and Temple in miniature.  Every time the Jewish community comes together to pray, on weekdays and on Shabbos, on festivals and on the High Holy Days, we have the opportunity to renew the cycle of spiritual elevation.  Prayer is not for G-d; it is for us.  It is not a burden; it is a privilege and an opportunity.  It is not an inconvenience; it is as fundamental to our existence as our life’s blood, as our heart, and as our soul.

This entry was posted on January 31, 2014, 3:13 pm and is filed under Philosophy, Weekly Parsha. You can follow any responses to this entry through RSS 2.0. You can leave a response, or trackback from your own site.