Searching for the Way out of Exile 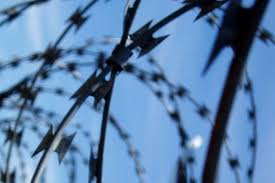 At first glance, the soggy, green downs of Ulster bear little resemblance to the parched and craggy hills of Israel.  But a gentle tugging at the cultural fabric of either place unravels an unmistakable common thread:  two peoples, impossibly close geographically, impossibly distant ideologically, with more than enough fuel for hatred between them to burn until the coming of the Messiah.  Tromping over hills and through city streets, however, first in one place and then in the other, I discovered a more compelling similarity:  the bitter struggle of humanity in exile.

“Which are the bad parts of town, the ones I should avoid?” I asked the owner of the bed-and-breakfast where I passed my first night in Belfast.

She dutifully pointed out the Shankhill neighborhood on my map, cautioning me to steer clear of it.  I thanked her and, with sophomoric self-confidence, proceeded there directly.

It was the summer of 1984, and central Belfast exuded all the charm of a city under martial law. Policemen on patrol wore flack jackets.  An armored personnel carrier idled at a major intersection waiting for the signal to change.  Blown out shells of buildings sprouted weeds, and street signs warned, DO NOT LEAVE CAR UNATTENDED.  But as I worked my way up Shankhill, I discovered even more disconcerting landmarks:  elementary school yards swathed in barbed-wire and churches pocked with scars from automatic-rifle fire.

I stopped in at a corner pub and took a seat at the bar beside two locals.  Each was nursing a pint of Guinness.  Another glass, two-thirds full with boiled snails, rested between them.  The men took turns using a bent eight-penny nail to dig each snail out of its shell before popping the meat into their mouths.

This entry was posted on March 17, 2014, 6:43 am and is filed under Culture, History, Israel, Politics. You can follow any responses to this entry through RSS 2.0. You can leave a response, or trackback from your own site.