The Midpoint of the World

What did you do to handle the overpopulations we predicted? How did you protect the seashores? What did you do to keep the ozone layer intact, the energy supplies, the trees? Have you eliminated ignorance, brutality, greed?

There might be no better way to discover unexamined truths about ourselves then by composing a letter to our grandchildren’s grandchildren. This was certainly on the mind of award-winning essayist Roger Rosenblatt a quarter century ago when he penned his deeply thoughtful Letter to 2086.

It’s not either/ or

Apparently, I’m not the only critic of Dennis Prager’s last column.  In a follow-up piece, Mr. Prager presses the point that competence is a more important requirement for leadership than character.

I agree.  But that is beside the point.  I would much prefer a Bill Clinton in the White House than a Jimmy Carter.  But far more than either I would prefer a Washington or a Lincoln, a Teddy Roosevelt or a Harry Truman.

To ask whether we are better off with an adulterous statesman or a virtuous bungler merely muddies the waters.  Needless to say, we often have to choose between the lesser of two evils, but my objection to Mr. Prager is that he is rationalizing immorality into irrelevancy.  We need moral leaders as desperately as we need capable governors.  That we may have to make compromises when there is no Harry Truman to be found is an unpleasant fact of life, not a reason to diminish the value of virtue.

Mr. Prager goes on to prove, anecdotally, that not every case of adultery is as bad as every other.  This is obviously true, just as not all acts of robbery are equal and not all acts of spilling blood are equal.  But that is the point precisely.  It is only when we have leaders of moral stature that we retain the ability to make meaningful value judgments and not slip into the moral anarchy that characterizes so much of our society by elevating “nonjudgmentalism” to the highest strata of virtue.

Regarding Biblical interpretation, Judaism operated for over 3000 years within a system of rabbinic authority built upon the authority handed down to Moses at Sinai.  Separatist groups like the Hellenists, the Sadducees, and the Kaarites attempted to overturn those conventions with only fleeting success.  They all disappeared, and authentic Torah tradition endured.

But their spiritual descendants keep coming back.  The lessons of Jewish history rest upon a solid understanding of how the prophets and sages chose to transmit their teachings.  We cannot reinvent them to fit the sensitivities of our times, although sometimes we have to try to find a new way of explaining them to which modern ears will be receptive.

Of those who have commented, some clearly have not read or do not care about what I wrote in the linked essay about David and Bathsheba.  Others have offered explanations, even in David’s defense, that have no basis in Torah tradition that I know of.  Oddly enough, the same people who would never argue against going to a doctor for medical advice, going to an accountant for tax advice, and going to a mechanic for auto advice, believe that they are fully justified in offering their own unschooled interpretations of manuscripts that have been analyzed and annotated by the most brilliant minds over the last hundred generations.

This is what we call chutzpah.

The Issue of Character

Posted by Yonason Goldson in Culture, History, Philosophy on December 13, 2011

I have a lot of admiration for Dennis Prager. His ability to articulate common sense conservative values and politics without resorting to dogma or hyperbole is refreshing; his passionate defense of Israel against the groupthink of Western academics and politicians is reassuring.

However, even the best and the brightest sometimes wander off the reservation.

Read my rebuttal here.  Then go to the JWR homepage to read Mr. Prager’s sincere but unconvincing response to his critics.  More on that soon, I hope.

It’s Midnight — Have your Neighbors Ascended to Heaven?

Posted by Yonason Goldson in Culture, History, Philosophy on May 25, 2011

There’s something we love about a prophecy unfulfilled. But let’s be honest: even if we mocked those who eagerly awaited rapture this past Saturday, were we not the least bit discomfited by a little voice whispering from some distant corner of our minds, “But what if this time they’re right?” 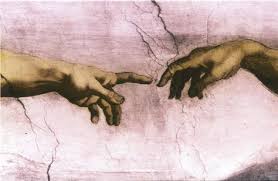 I am pleased to announce that I will be a featured speaker at the Yeshiva University book sale on the topic:

A book signing will follow for my overview of Jewish history and philosophy, Dawn to Destiny.

Posted by Yonason Goldson in Culture, History, Politics on November 28, 2010

First they came for the Communists,
and I didn’t speak up because I wasn’t a Communist.

Then they came for the Jews,
and I didn’t speak up because I wasn’t a Jew.

Then they came for me
and by that time no one was left to speak up.

Pastor Martin Niemoller (1892–1984), imprisoned by from 1937-1945 in Sachenhausen and Dachau concentration camps for speaking out against the Nazi party.

Review of my Book

Posted by Yonason Goldson in History, Philosophy on July 15, 2010

Many thanks to my former student and Block Yeshiva graduate Shira Peskin for her review of my Jewish history book in this week’s St. Louis Jewish Light.

Please pass it on.  Thanks!

The Second Amendment and the Oral Law

When the words of our fathers succeed or fail to guide us in their footsteps.

The Sin of the Golden Calf

Posted by Yonason Goldson in History, Holidays, Philosophy on June 29, 2010

Today, the 17th of Tammuz, we fast primarily in commemoration of the events surrounding the destruction of the First Temple.  The origins of the day, however, and of all our suffering, can be traced back to one of the most troubling events in Jewish history:  the sin of the Golden Calf.

Posted by Yonason Goldson in History, Israel, Politics on April 12, 2010

The Jews are a peculiar people: things permitted to other nations are forbidden to the Jews.

Other nations drive out thousands, even millions of people and there is no refugee problem. Russia did it, Poland and Czechoslovakia did it, Turkey threw out a million Greeks, and Algeria a million Frenchman. Indonesia threw out heaven knows how many Chinese-and no one says a word about refugees.

But in the case of Israel the displaced Arabs have become eternal refugees. Everyone insists that Israel must take back every single Arab. Arnold Toynbee calls the displacement of the Arabs an atrocity greater than any committed by the Nazis. Other nations when victorious on the battlefield dictate peace terms. But when Israel is victorious it must sue for peace .

Everyone expects the Jews to be the only real Christians in this world. Other nations when they are defeated survive and recover but should Israel be defeated it would be destroyed. Had Nasser triumphed last June [1967] he would have wiped Israel off the map, and no one would have lifted a finger to save the Jews. No commitment to the Jews by any government, including our own, is worth the paper it is written on .

There is a cry of outrage all over the world when people die in Vietnam or when two Blacks are executed in Rhodesia. But when Hitler slaughtered Jews no one remonstrated with him. The Swedes, who are ready to break off diplomatic relations with America because of what we do in Vietnam, did not let out a peep when Hitler was slaughtering Jews. They sent Hitler choice iron ore, and ball bearings, and serviced his troop trains to Norway.

The Jews are alone in the world. If Israel survives, it will be solely because of Jewish efforts. And Jewish resources. Yet at this moment Israel is our only reliable and unconditional ally. We can rely more on Israel than Israel can rely on us. And one has only to imagine what would have happened last summer [1967] had the Arabs and their Russian backers won the war to realize how vital the survival of Israel is to America and the West in general.

I have a premonition that will not leave me; as it goes with Israel so will it go with all of us.

Should Israel perish the holocaust will be upon us.

This was written in 1968 by Eric Hoffer, a non-Jewish, self educated, blue collar, working class longshoreman whose writings continue to offer a unique perspective unrestrained by the popular beliefs of academia.  By the time of his death in 1983, Mr. Hoffer had written ten books and a newspaper column and had received the Presidential Medal of Freedom.