A Guest of a Son of Haman

From this week’s Mishpacha Magazine:

It was the summer of 1984, and I was still immersed in my secular, prodigal youth, living out of a backpack as I wandered across Europe and occasionally reminding myself that following the tourist guides rarely yields the most valuable experiences.

Boarding a train from Luxembourg City to Cologne, Germany, I found myself sharing a car with a German journalist on the return leg of a business trip.  We talked about politics, culture, history, and education, meandering from one topic to the next effortlessly, so that the ride passed quickly and the train pulled into its station impossibly soon after our departure. 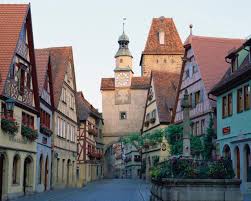 “I have to wait for my wife to come pick me up,” said Dieter as we walked together out of the station.  “Why don’t you join me for a drink until she arrives?”

I certainly had no other plans, so I followed Dieter to a nearby bierhaus.  Before we had finished our second beer, Dieter had extended his invitation to dinner and offered me a bed in his guest room.  After months of boarding in youth hostels and cheap pensions for five dollars a night, I had no mind to refuse.

Dieter and his wife lived in a small but beautifully appointed house.  Dieter roasted a leg of venison he had been saving for a special occasion and set the table formally with excellent wine that complemented the main course.

After dinner, Dieter led me into his den, where we sipped real Cognac from crystal snifters and smoked Cuban cigars as we schmoozed late into the night.  He let me sleep late the next morning, then drove me to the local youth hostel so I could check my backpack.

Among his fellow sages, Rabban Shimon ben Gamliel earned a reputation for the conscientiousness and zeal with which he honored his father.  Yet Rabban Shimon himself testified that his observance paled in comparison with that of Eisav who, despite his wickedness, had no equal in the mitzvah of kibud av – honoring his father (Devarim Rabbah 1:15).  When I think back to Dieter, an irreligious gentile who offered his home, his table, and his company to a ragged stranger on a train, I wonder if I have ever fulfilled the mitzvah of hachnosas orchim (hospitality) half as well as he did.

But there was one other noteworthy aspect to my encounter with Dieter.  Toward the end of our train ride, I plucked up my courage and posed a question that had been long on my mind, even as a secular Jew.  “How do Germans today feel about the Nazis and the Holocaust?” I asked.

Dieter showed no sign of offense, and answered as if he had given the subject considerable thought.  “There are three different attitudes,” he began.

“Those who were adults when Hitler came to power refuse to accept any responsibility,” he explained.  “They insist that you have to understand the context of the times and have felt the hope of National Socialism’s promise to renew Germany’s honor.  They argue that no one knew what Hitler was doing… which is true and also not true; no one knew because no one wanted to know.

“Then there are the people who were children at the time,” he continued, “or who were born right after the war, as I was.  To us, Nazism is a stain upon our national history, and has left us with the obligation to guarantee that it never happens again.

“Finally,” he said, “there is the younger generation – the teenagers who have embraced Cold War nihilism.  They concede that the Holocaust was a tragedy, but they will tell you that the same kind of thing might happen again no matter how hard anyone tries to prevent it.”

Then, after the barest pause, he added with a smile, “But these are not the types of things a young man on holiday should be thinking about.”  For all his generosity and candor, Dieter failed to understand that I was not merely a young man on holiday.  I was a wandering Jew, whose neshomah prodded me on in search of my own spiritual identity.

After arriving in yeshiva, I revisited the memory of Dieter when I learned of the repentant sons of Haman whose descendants studied Torah in B’nei Brak (Sanhedrin 96a).  Indeed, the kindness that he showed me proves that any human being, no matter what his background or identity, can overcome the cultural inertia of apathy and self-absorption by kindling the spark of tzelem Elokim – the image of G-d – that resides within him, and by reaching out to help carry the yoke of his fellow man.

And perhaps, in some small way, he even played a part in helping me find my own way home.

This entry was posted on May 5, 2011, 10:38 pm and is filed under Culture, Philosophy. You can follow any responses to this entry through RSS 2.0. You can leave a response, or trackback from your own site.