Double Down for Spiritual Success

It’s been more than a few decades since grade school, and most of my teachers have long ago faded from memory. But not my first-grade teacher. Not Mrs. Campbell.

The reason is simple: I hated her. We all hated her.

My second-most poignant memory of Mrs. Campbell is the time I came to her during recess with a stomachache bad enough to make me cry. Mrs. Campbell said it was my conscience bothering me for talking during class.

But it is a different incident that replays most often in my memory. Mrs. Campbell had left the class alone for a few minutes while she went off to do who-knows-what, instructing us to wait without talking until she returned. How an experienced teacher could leave a room full of six-year-olds unattended and expect them to remain silent remains an unsolved mystery. Predictably, we began chattering the moment the door closed behind her and then, too late, buttoned our collective lips the instant she reappeared.

“I said that no one should talk while I was gone,” she scolded. “Now, when I dismiss you for lunch, everyone who was talking will remain seated and only those who followed directions will stand up to be excused.” She paused to let the instructions sink in, then said, “Stand up to go to lunch.”

Every single child in the room stood up. Everyone, except me.

Mrs. Campbell then broke character and did what any competent educator would do. “Now I know that Jonathan wasn’t the only one talking,” she said. “Since he told the truth, he is excused for lunch and the rest of you will have to wait.”

I tried not to look smug as I walked out alone and headed for my locker, already imagining the day when I would tell my children about the time I was the only one who told the truth. (Eventually I did, although my kids were not nearly as impressed as they ought to have been.)

Full disclosure: I am not George Washington, and if I were ever caught chopping down a cherry tree it’s an even bet I would have lied about it, to go along with the assortment of fibs I told during my formative years. And although I now look back on Mrs. Campbell with a measure of affection, the question that continues to resurface is why – why was I the only one out of two dozen first-graders who refused to lie that afternoon?

Only one explanation has ever come to mind: it just wasn’t worth it.

In Robert Bolt’s masterful drama A Man for all Seasons, Sir Thomas More asks why his protégé, Richard Rich, has testified falsely to condemn Sir Thomas for treason against the King of England. The prosecutor, Oliver Cromwell, reports that Rich has been appointed attorney-general for Wales.

Sir Thomas looks into Rich’s face with pain and amusement and replies, “For Wales? Why, Richard, it profits a man nothing to give his soul for the whole world . . . But for Wales!”

(In terms of prestige, the office of attorney-general for pre-Elizabethan Wales might be comparable to lieutenant-governor of North Dakota today.)

In other words, the betrayal of a friend and mentor might be understandable – if not defensible – for a princely sum or extraordinary power, but never for a pittance. At least let the reward be commensurate with the crime when forsaking one’s portion in the World to Come.

I imagine the workings of my own mind so many years ago in much the same way. Certainly I was capable of lying. But why waste a perfectly good lie on such a trivial advantage as a few extra minutes on the playground? It simply wasn’t worth it.

And even though I have already confessed to the occasional untruth, I cannot deny that from that moment forward lying never came easy to me. Every impulse to prevaricate met a quiet but insistent voice – Mrs. Campbell’s? – warning me to distance myself from the nearest false word. 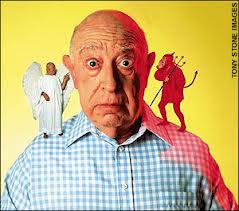 In hindsight, it seems obvious that Mrs. Campbell had reinforced some innate sensitivity to Rabbi Yehudah HaNasi’s lesson of s’char mitzvah k’neged hefseida: “Calculate the reward of a transgression against its cost” (Avos 2:1). If that lesson appears to have grown increasingly incomprehensible to our generation, quite possibly it is because we can no longer appreciate the preceding lesson, “Calculate the cost of a mitzvah against its reward.”

In his classic essay on the nekudas habechirah – the point of free will – Rav Dessler explains that the clash between yetzer hara and yetzer tov rages on the battlefront where there is an even balance between the ratzon ha’emes and the ratzon hadimyon, between our perception of truth as it is and our perception of truth as we want it to be. For those of us willing to take a cold, hard look at ourselves, Rav Dessler’s formulation offers a solid defense against the relentless erosion of priorities.

The unpleasant truth is that we give far too little thought to either the value of our mitzvos or the consequences of our transgressions. If we did, would we consistently scurry into davening even five minutes late, let alone stroll in halfway through Pesukei D’zimra? Would we find trivial small talk so compelling that we casually interrupt Chazaras Hashatz and Torah reading, indifferent to the warnings of Shulchan Aruch?

Too often, we are utterly disconnected from the lessons that are right before our eyes. Pictures of the Chofetz Chaim hang in every house without making a perceptible dent in the steady flow of lashon hara. Shammai tells us to greet every person pleasantly, yet we can’t manage a smile or even a passing glance for either our gentile neighbors or our fellow Jews.

Even when we prevail over the temptation, our victories can be hollow. We make time for learning, but we neglect the review necessary to retain what we learn. We pay for our children’s Torah education, but we begrudge the expense, even though we would willingly lay out the same money for luxuries of no intrinsic value. We sacrifice to give charity, but we bristle or sigh when a knock on the door interrupts our dinner or our recreation.

Clearly, our vision of the emes is anything but clear. What can we do to regain clarity?

A man went to the pond to cut a bundle of reeds. It was too heavy for him to lift, so he cut more and laid the new bundles atop the first until someone came along and helped him carry them all (Bechoros 8b). 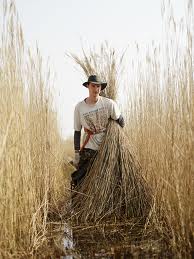 Explains the Vilna Gaon: Because the Jewish people neglected the Torah, they found themselves exiled from their land. Nevertheless, we – their descendants – persevere in keeping the mitzvos. Despite the added hardships of exile, we shoulder the additional burdens of rabbinic mitzvos – like the reed-cutter adding to his load even though he cannot carry what he already has – all the time waiting for Moshiach to redeem us so that we can resume our proper service before the Master of All.

We have to refocus so that we see things as they really are. And, simplistic as it may seem, the way to take things more seriously is to treat things more seriously. Can’t get to davening on time? Schedule your arrival 15 minutes early to say korbanos or the day’s Tehillim. Feel too strapped to give charity? Double your usual donation.

When approached by a simple Jew who claimed he had only half an hour a week to learn Torah, Rav Yisroel Salanter famously advised him to learn mussar (works of Torah ethics). The baal habayis questioned why Talmud or practical law was not a higher priority, to which Rav Yisroel replied: “Learn mussar, and you’ll find that you have more than half an hour available to learn.”

In other words, by putting in more effort we discover what we should have known all along:  it’s worth it.

And it really works. Taking my cue from Rabbi Benzion Twerski of Milwaukee, I began giving a weekly class in prayer, hoping that my own uninspired davening might benefit from the course of study. Five years and 35 printed outlines later (and still less than halfway through Shemoneh Esrei), my davening has been transformed into a wholly different experience.

And the rewards extend vastly beyond my own tefillos.

On one occasion, when my son was a high school senior, I chided him for the supersonic pace at which he davened. “You don’t understand,” he replied. Then, derisively: “You like to daven!”

But the message got through. Imagine my delight when he informed me, a few short years later, that he had just switched to the local Agudah for morning minyan. “That other place davens way too fast,” he complained.

Now there’s a story I can tell his children.

This entry was posted on February 12, 2014, 10:51 am and is filed under Culture, Education and Parenting, Philosophy. You can follow any responses to this entry through RSS 2.0. You can leave a response, or trackback from your own site.